Mitch Wertlieb: Some people thought that the opening of Vermont's new cannabis marketplace would be this huge event, dozens of stores opening for business and selling a variety of products. But that is not the way this is going to unfold. What will the situation be once the law goes into effect on Oct. 1?

Vermont Public’s Mitch Wertlieb spoke with senior political correspondent Bob Kinzel for an update on Vermont's retail cannabis marketplace. Their conversation below has been edited and condensed for clarity.

Bob Kinzel: Well, Mitch, it's going to be much more gradual than I think many people thought it was going to be. And the basic reason is because it's a huge job to build all aspects of the state's cannabis industry in a relatively short period of time.

I mean, think about it. You need growers: both indoors and outdoors. You need testing facilities for all the cannabis that’s grown. You need manufacturing companies to create a wide variety of cannabis products. And you need retail stores to sell these products. And any business that's involved in any part of this process needs to be licensed by the state's Cannabis Control Board. And that process takes a lot of staff and a lot of time.

“There is no way to flip a switch and have a whole new industry come online overnight,” said Cannabis Control Board Chair James Pepper. “Really, you know, we have 20 retail applications in, some of them are in good shape.”

And James Pepper told me, Mitch, that he studied the rollout of retail marketplaces throughout the country. And that Vermont's phased-in approach is very similar to the experience of virtually all of the other states.

“To think that, you know, this thing is going to start seamlessly is probably a misconception,” he said. “However, these are all solvable problems, and they do work themselves out over time.”

So Mitch, the reality is that between five and 10 retail stores will be ready to open on Oct. 1, and then more will open for business in the coming weeks and months.

There's another issue here, Bob, because despite the legalization of a retail marketplace in Vermont, starting Oct. 1, there is still a federal prohibition for buying and selling cannabis. Has that situation had an impact on the development of the state's new cannabis industry at all?

Mitch, it really has. Because of that federal prohibition, every component of Vermont's new cannabis industry has to take place within the state's borders. Pepper says this situation has created some major challenges.

“We can't just ship samples of cannabis across state lines for testing or for product manufacturing,” he said. “And then on the other side, we can't import cannabis that was grown in New York or Massachusetts to meet this early demand. And so it just creates these kinds of special challenges that are somewhat unique to the cannabis world.”

So this means if one segment of the cannabis industry gets overwhelmed, let's say the testing facilities, then this bottleneck will affect the entire marketplace.

What about the availability of various cannabis products? I mean, the Cannabis Control Board has licensed a lot of small growers in the state. Will the small cultivators be able to meet the initial demand though, when the stores do open up this fall?

You know, Mitch, this is really interesting because the launch date of the retail marketplace, which is Oct. 1, doesn't really line up with the fall harvest schedule for outdoor growers. Now, the Cannabis Control Board was expecting that about half of the cultivators would be outdoor growers, and roughly half would be indoor growers. But that's not the way it's turned out. There are about twice as many outdoor licenses as there are indoor licenses. Now why does this make any difference? Because James Pepper says most of the outdoor growers are not expected to harvest their crops until at least the middle of October.

“You can tell that the legislature did not consult the Farmers Almanac before they created the cannabis timeline,” he said. “All of these outdoor cultivators that we've licensed probably are not going to have harvested. And if they've harvested, they won't have dried or processed or packaged or labeled or tested their product.”

So the indoor growers will have to supply almost all of the cannabis for the initial weeks and months. And because of that federal prohibition, stores can't bring cannabis in from out-of-state if there are any supply issues.

I am wondering though, Bob, does James Pepper see any advantages to having the retail cannabis marketplace open on this more gradual basis? Does he feel that there are some benefits to that kind of approach?

He definitely does, Mitch. The Cannabis Control Board has only had its full-time licensing staff members in place for a couple of months. And remember, every application for every segment of the cannabis industry has to be reviewed and licensed by the state.

“It's very helpful for our inspectors to start slowly and to really make sure that the ones—the places that we’re licensing—have the security in place, have the cash-management protocols in place, you know, have their systems worked out and not to rush,” he said.

And Pepper says this is very important because he feels Vermont has one chance to get it right. And he recognizes that some folks don't support this retail marketplace approach and might try to change it if any serious problems do develop.

“Because if we stumble in those areas, then there might be some pressure to change the way this market looks,” he said. “We can anticipate the shaky rollout from a just supply-and-demand perspective, but we're not going to sacrifice consumer safety or public safety in order to kind of, you know, meet any of these—what really were arbitrary—deadlines.”

So Mitch, there's a lot at stake with this rollout. And it's going to be gradual, and Pepper is hoping that it will be successful,

So it starts slowly, and hope for success. What's your best guess though of when Vermont's new retail cannabis marketplace will be fully operational?

Mitch, you know, it's gonna take a little while. Over the next few months, more and more retail stores will be licensed by the state. The outdoor growers will have their cannabis harvested and processed, other components of the industry will have an opportunity to come online. So I would think sometime this winter the marketplace will begin to function the way that people hope that it will. 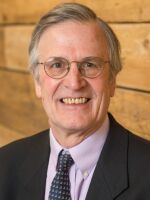