Less costly hearing aids are coming soon, but experts say they're not for everyone

It’s estimated that 100,000 Vermonters struggle with hearing loss. In a few months, many of them will have more — and less costly — choices when it comes to hearing aids.

That’s thanks to a new federal rule.

It’s a long-awaited step that’s expected to help millions of older Americans. But there are concerns.

Glen Fewkes is director of healthcare access and affordability at AARP, the nation’s largest advocacy group for people over 50. He said that while many older people suffer from hearing loss, only one-in-five uses hearing aids.

Many are embarrassed to admit they have a problem, Fewkes said. But mostly, it’s the high cost that keeps people from seeking help. Hearing aids are not covered by basic Medicare and most private insurance companies.

“In the past, hearing aids were available via prescription only,” Fewkes explained. “And so that often involves lots of doctor's visits, sometimes visits to specialists… Typically, right now, an average hearing aid costs about $2,300 per ear.”

A new rule by the U.S. Food and Drug Administration, that will go into effect in mid-October, will enable less costly, over-the-counter devices to become widely available. Federal officials estimate it could potentially cut the cost of hearing aids by more than half.

The new devices will have to meet safety standards and include proper labeling. They’ll also need to be programmed and adjusted by the user, in some cases with a phone app.

Over-the-counter hearing aids are not for everyone. They’re recommended for people with mild to moderate hearing loss. Fewkes says those with more severe hearing problems should still see a specialist and consider prescription devices.

“But for the many, many older folks who would benefit from this, this is both going to bring down the cost of these devices and increase their convenience for getting access to them.”

Marcia Dion, an audiologist in Montpelier, likes the idea of making hearing aids easier to access and more affordable. But she and other audiologists also have big concerns.

"I'm trying to get my head wrapped around people going into a store and grabbing a hearing aid off the shelf and just learning how to use it, fit it, program it. Just because, being an audiologist for 30 years, I know how much goes into a hearing aid fitting, and how challenging it can be,” she said.

“With a lot of patients, [we] have several appointments over the course of several weeks, to get them used to just using hearing aids in general,” she said. “And that's with us holding their hand through the process, showing them how to do it, practicing with them. So it does worry me a little bit that people are going to have trouble figuring out how to do this on their own.”

Older Vermonters often have vision problems, along with hearing problems, and she worries about those who are less tech savvy.

“It has the possibility to become more of a headache than an improvement,” Rohrer added.

For instance, someone might buy new over-the-counter devices online and struggle with them, and give up on hearing aids altogether.

Despite those concerns, Rohrer hopes the new FDA rule will encourage more innovation and competition. And she thinks some people who do buy over-the-counter hearing devices will likely end up working with audiologists to ensure better outcomes.

But she said hearing aids are only one aspect of overall hearing health.

"There are other ear conditions that really need to be medically evaluated. And people who notice trouble with their hearing should still have a full hearing test first," Rohrer said.

Ruby Baker is executive director of COVE, the Community of Vermont Elders, an advocacy group for older Vermonters. Baker said she has mixed feelings about the availability of over-the-counter hearing aids. For one thing, she worries that the market may be flooded with subpar devices and that older Vermonters may get scammed.

And while she admits some of these new products will be helpful for those with mild or moderate hearing loss, it’s not enough, she said.

“This feels a little like the federal government is saying, ‘Oh, we’ll just throw a Band-Aid on the issue, by making these cheaper versions more available, and we’re not going to acknowledge that for many, many people this is not be a solution for them.'” Baker said.

She believes Medicare and more private insurance policies should cover the cost of hearing aids.

Despite Baker’s concerns, she and everyone else interviewed for this story said just seeing hearing aids for sale more publicly at pharmacies, online, or at stores like Walmart, may help get rid of some of the stigma surrounding hearing loss and encourage more people to get help. 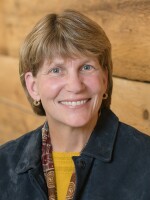