In case you missed our preview event the full length version of Missing in Brooks County will premiere on Vermont PBS Monday, January 31 at 10:00 p.m. and you can catch the discussion with producer Jacob Bricca here on Vermont PBS YouTube.

What happens when a migrant crossing the border goes missing? Join us for a preview screening of Missing In Brooks County, new film from Independent Lens. Migrants go missing in rural Brooks County, Texas more than anywhere else in the U.S. For many families, community activist Eddie Canales is the last hope for finding loved ones. Following the screening we'll host a live Q&A with Jacob Bricca, the film's producer + editor. Hosted by Eric Ford, Director of Content Partnership at VPR + Vermont PBS.

More about the film:
Eddie Canales runs the South Texas Human Rights Center, but the messages that strangers leave on Eddie’s phone speak to his unofficial role as a private detective. In a rural community where more migrants go missing than anywhere else in the United States, families of lost loved ones call for help. Omar and Michelle reach out for help finding Omar’s brother Homero Roman, a longtime but undocumented U.S. resident who was deported to Mexico after a traffic stop at age 27. Struggling to adjust in an unfamiliar country, Homero eventually tried to return to his home of two decades. He disappeared in Brooks County. When another man, Juan Maceda, goes missing, his family also turns to Eddie, describing a familiar predicament in Mexico—a choice between lifelong poverty or gang affiliation that compels migrants like Juan to cross the border. Follow Eddie as he engages with border patrol agents to unlock the mysteries and confront the agonizing facts of life and death in a South Texas town many miles north of the border. 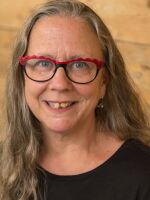 Ty Robertson
Ty began her career at Vermont Public in 1996 as a volunteer working as Robert Resnik's production assistant on All the Traditions and helping out behind the scenes at membership drives. She joined the staff in 1997 and has been producing engagement and donor events for Vermont Public ever since.
See stories by Ty Robertson
Subscribe To 'The Frequency,' Our Daily Morning Newsletter
Get up to speed on the news Vermont is talking about, delivered to your inbox every weekday morning.
Sign Up