The pandemic shut down Vermont's courts. Now, some question whether the case backlog should even be heard

When the pandemic struck, Vermont courts suspended all non-emergency proceedings. Statewide, it is estimated that just over 1,000 felony cases and nearly 2,200 misdemeanors have been pending for more than two years.

While courtrooms have slowly reopened, the backlog – which existed before the pandemic – has intensified. That’s prompting some to reconsider what cases should even end up in court.

Court delays have hit the whole state. But of all Vermont counties, Orleans, in the Northeast Kingdom, appears to have the most substantially delayed cases.

According to data provided by the Vermont Judiciary, roughly 200 felonies and over 260 misdemeanors have been stuck in the Orleans court for more than two years. Officials say those numbers might be an under- or overcount, partly because the courts recently changed to new record-keeping software.

Still, it means many Vermonters who should get their day in court haven’t.

“People missed opportunities to join the service, to go to school, to establish businesses, to do all sorts of things because they're in this sort of limbo state,” said St. Johnsbury attorney David Sleigh in an interview with VPR earlier this year. "That's real and detrimental to people's lives.”

Sleigh, last year, asked for 27 cases to be dismissed for lack of a speedy trial. Judge Mello ultimately dismissed 22 cases.

Robert Sand is the founding director of the Center for Justice Reform at Vermont Law School and a former Windsor County state's attorney. He says the court system was backlogged even before the pandemic.

“If I were to editorialize a bit, it's because we file way too many cases,” Sand said. “And so, when you have an already backlogged system, and then you lay on top of that inability to gather inside the buildings, it just exacerbates and compounds the problem.”

“If I were to editorialize a bit, it's because we file way too many cases. And so, when you have an already backlogged system, and then you lay on top of that inability to gather inside the buildings, it just exacerbates and compounds the problem.”

A report from the Vermont Judiciary shows that from 2016 to 2020, the Orleans Superior Court never closed more cases than it opened. Then the pandemic struck, and jury trials were suspended.

In November, a judge in Franklin County dismissed hundreds of nonviolent misdemeanor cases to alleviate what he called a “massive” backlog.

Laura Wilson, Essex County’s public defender, said she filed motions to dismiss 45 similar cases in Essex and Caledonia counties. She said they were all denied.

Delays can occur for many reasons. Cases can sometimes be thrown out on constitutional grounds if the prosecution caused the delay. However, Sand says judges are more tolerant of delays when they are not caused by the prosecution. And the pandemic is neither the defendant’s nor the prosecution’s fault.

“The Constitution is both perfectly clear and extraordinarily vague,” Sand, with the Vermont Law School, said. “The Sixth Amendment guarantees the right to a speedy trial, but the exact parameters of that are largely within judicial discretion.”

Sand and other attorneys also say cases tend to resolve themselves once a trial date is set.

“There is a reckoning and a fresh reflecting on the merits of a case as it gets closer to trial,” he said. “It sort of hones and sharpens everyone's attention.”

No trial dates mean fewer cases get that sharpened scrutiny. That makes the backlog even worse.

Some American Rescue Plan Act money has been put toward reducing the backlog. The funds could go toward hiring retired judges or improving HVAC systems, he said.

But are there other ways to reduce the backlog? As the pandemic ebbs, Sand said the state could set a more concrete bar for what constitutes a violation of speedy trial.

And, he said, the Legislature could allow a broader range of cases to be sent directly to diversion programs.

Instead of going to court, people referred for diversion work with a restorative justice panel to repair the harm done to the victim and the community. If completed, diversion programs allow participants to avoid a criminal record.

Tune Falkner is with the St. Johnsbury Community Restorative Justice Center, which runs restorative justice panels. Her organization is seeing an influx of cases.

She says the restorative justice center ended up receiving 37 cases in March. A new youth panel, made up of college students, took on much of the new caseload.

More from VPR: Vermont Courts Prepare To Ramp Up As COVID-19 Restrictions Relax

Falko Schilling, advocacy director at the ACLU of Vermont, says court closures made some judiciaries reevaluate which cases needed to be in court, who needs to be held pre-trial, and who needs to be incarcerated.

Data from the Vermont Department of Corrections shows the number of people incarcerated in Vermont is about 20% lower today than in May 2020.

“We’ve seen a precipitous drop in the number of people we’re incarcerating as a state,” Schilling said. “Obviously, part of that is that trials are not moving forward at the speed at which they were before, but that also calls into question, if these trials aren’t moving forward, how necessary are they.”

To deal with the backlog, Schilling argues the state should be asking itself what cases need to be in court, what’s necessary for public safety, and what charges can be dismissed.

But, he said, “No one should be having to wait years and years for trial just because of a broken HVAC system or something like that.”

This story was brought to us through a partnership with the Community News Service, a project of the University of Vermont’s Reporting & Documentary Storytelling program.

Have questions, comments or tips? Send us a message or get in touch by tweeting us @vprnet. 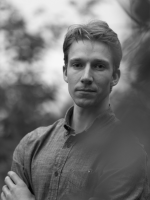 Emmett Avery
Emmett Avery is a senior reporter with the University of Vermont's Community News Service. He grew up in rural north-central Vermont, where he worked for the Hardwick Gazette and the Barton Chronicle before moving to Burlington to attend UVM. He is a sophomore pursuing a degree in political science with a reporting and documentary storytelling minor.
See stories by Emmett Avery
Subscribe To 'The Frequency,' Our Daily Morning Newsletter
Get up to speed on the news Vermont is talking about, delivered to your inbox every weekday morning.
Sign Up