A Conversation with Composer Erik Nielsen

Composer Erik Nielsen speaks to Vermont Public Classical's Helen Lyons about his upcoming concert of works for solo instruments written during the COVID-19 pandemic. The concert, which will take place on January 27, 2023 at the Richmond Free Library, and January 28, 2023 at Christ Episcopal Church in Montpelier, both at 7pm, will benefit the Clemmons Family Farm. For more information visit http://www.eriknielsenmusic.com.

ERIK NIELSEN: In my own tiny way, I'm trying to make the world a better place through music. It took me a long time to realize that that was my pulpit and that I've got a good pulpit, I might as well use it.

HELEN LYONS: Composer Erik Nielsen will be premiering several works this weekend, in a concert that took shape in the shadow of the COVID 19 pandemic, I caught up with him over zoom to find out more.

ERIK NIELSEN: The project itself is called we're all in this together. And it is celebrating the influence of African American culture. It's a benefit for the Clements family farm in Charlotte, which is a wonderful African American Cultural Center.

HELEN LYONS: So how did this project get started?

ERIK NIELSEN: The project started in the worst of the pandemic, the only way that musicians could perform was to do many recitals on YouTube or on Facebook. And of necessity, they were solo recitals. In the course of a couple of months, I wrote solo works for tenor saxophone, for violin and for flute. And so I thought about those pieces. And I thought, you know, I really want these to be performed in front of a live audience, it evolved into a collaborative project that not only involved music, by poetry, created and performed by Burlington African American poet, Rajnii Eddins, and part of the reason for that is because of the inspirations for all the musical pieces, which are African American music and African American culture.

HELEN LYONS: And at what point did you realize you had a group of pieces that would work well together and, and figure out that, yes, we'll do this in a live performance?

ERIK NIELSEN: We were all making it up as we went along. And you know, in the spring of 2020, I mean, nobody had any previous experience with anything like this. And so it was just put one foot in front of the other. And so then I wrote a piece for all five of them. And it's a very, very interesting and challenging con combination of violin flute, three reads with one player, and baritone saxophone and piano, it was a wonderful challenge, I have to say, because just balancing, for instance, a baritone saxophone, which makes a lot of sound against the violin, I was, you know, I, I really had to think about that and figure out how to balance that, bring in the piano, all those things to get a sound that really is quite unique. So it was a rather long evolution process.

HELEN LYONS: Can you describe a couple of the solo pieces for us- your inspiration, or what audiences should listen out for when they when they hear it?

ERIK NIELSEN: These pieces were also born during a period of intense racial reckoning, it was something that affected me a great deal. In the case, for instance of the work for violin, it's called Elegy. And it's dedicated to the memory of Breonna Taylor, the tenor saxophone solo, because it's got the outer movements that are pretty straightforward. But in the middle, the movement was inspired directly by the speech that Dr. King gave at the end of the Selma to Montgomery march. His speeches were incredibly musical, in a lot of ways they could be sung, but I took the words and the rhythms from parts of it. And I use those rhythms directly in that movement so that the climax of it is set to the rhythm of the words, ‘..because the arc of the moral universe is long, but it bends toward justice.’

And in between these pieces Rajnii will be performing his poetry and I say performing because he really is a performance poet. He doesn't just read, sometimes he sings it's it's just, it's wonderful. He's a fantastic poet, and he speaks about hard things. But the thing that I like is that he always comes down on the side of our common humanity. He's always trying to build a better world. He's always trying to bring people together, even while he is speaking about some of the hard things that have happened and continue to happen in our country. Bryan Stevenson, the wonderful, wonderful social activist, lawyer and head of the Equal Justice Initiative, says that one of his four tenets for people to move forward is to get uncomfortable, and these concerts have made me uncomfortable.

And the thing is that as a human being and as an artist, I think I have not just the right but the responsibility to take social issues that have touched me or move me or saddened me, and to turn them into music so that maybe people who look like me will think more deeply about those things. What I'm also hoping with this concert is that people who follow rationally will come and hear something they're not used to. People who follow me will come here and hear something they're not used to and that we can bring people together.

HELEN LYONS: And tell us where folks can come together to enjoy this night of music and poetry.

ERIK NIELSEN: The concerts, We Are All in this Together, will take place Friday, January 27, Saturday January 28 at 7pm both evenings. The Friday show is at the Richmond Free Library. The Saturday show will be held at Christ Episcopal Church on State Street in Montpelier. For both concerts there are no advanced tickets. The admissions are by donation to the Clemmons Family Farm. 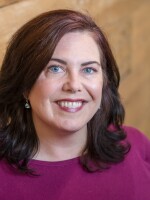 Helen Lyons
Helen Lyons serves as the Music Manager and host of Vermont Public Classical’s Monday-Saturday morning program. She grew up in Williston, Vermont, and holds a BA in Music from Wellesley College and Artist Diplomas from the Royal Academy of Music in London, and College-Conservatory of Music at the University of Cincinnati. She has enjoyed an international singing career spanning three continents, performing in Europe, China, The Philippines and the USA.
See stories by Helen Lyons
Subscribe To 'The Frequency,' Our Daily Morning Newsletter
Get up to speed on the news Vermont is talking about, delivered to your inbox every weekday morning.
Sign Up