I moved to Vermont in 1973 with the father of my 1 year old son, We were young hippies in search of a place where political activism was coalescing – a place close to the border just in case – and a place with a natural water source where we could grow food and create renewable energy.

Vermont and the Green Mountains appealed to our sixties sensibilities, and we’d read Scott and Helen Nearing’s Book Living the Good Life - the bible for young hippies like us on homesteading and self-sufficiency.

We didn’t have much money but land was cheap, so we bought a small meadow and began building a stone house with an FHA Loan for $16,000 – with interest at a half a percent. The monthly mortgage was $82, and I hauled 36 truck-loads of stone from a Starksboro Farm in a rusty old truck with my son strapped to my back.

At first, we lived in a tent, cooked over a camp fire, and struggled to get a roof on before snow. But winter arrived in mid-October, forcing us to take refuge in a cabin on Mallett’s Bay. By Easter the roof was done and we moved in without running water, bathroom, or telephone. There was plastic on the windows, and everything was the definition of basic – but it was ours. A few years later, it was where our daughter was born and her brother was the first person to hold her.

We were part of a counterculture movement that rejected the mores of mainstream America. We came to Vermont hoping to live a life different from that of our parents – one that reflected our values. We wanted to become good stewards of the Earth, making sure not to compromise people or planet for profit.

We still live in our little stone house on the hill in the meadow facing Camel’s Hump. We still fight for human rights and civil rights and the protection of the planet - just as hard as we did when we were young. In fact, it seems we’re fighting harder than ever, since the stakes have only gotten higher.

It’s hard to accept that we must fight the battles we fought a half century ago all over again – but Vermont leads the way in love, truth, peace, and inclusion – and for that, I’m grateful we chose to homestead here when we were very young. 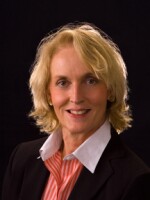 Melinda Moulton
Melinda Moulton is the CEO of Main Street Landing, spearheading 250,000 square feet of built environment on Burlington's Waterfront.
See stories by Melinda Moulton
Subscribe To 'The Frequency,' Our Daily Morning Newsletter
Get up to speed on the news Vermont is talking about, delivered to your inbox every weekday morning.
Sign Up