How do Vermont breweries manage their wastewater?

Vermont has the most breweries per capita. But the more beer they brew, the more they have to deal with their wastewater.

Brave Little State is Vermont Public's show that answers questions about Vermont that have been asked and voted on by you, our audience — because we want our journalism to be more inclusive, transparent and fun.

In this episode, Caleb Henderson of Winooski asks us this: "Breweries and cideries were in the news a few years ago for the wastewater. How are they mitigating their waste now? Has it improved?"

Reporter Howard Weiss-Tisman learns how breweries — and communities — are grappling with this issue in different ways. And in many respects, Vermont is ahead of the curve.

Our show is produced for the ear. We recommend listening to the audio on this page; for accessibility, find a written transcript here.

Subscribe to Brave Little State for free, so you never miss an episode:

Special thanks to the crew at the Richmond wastewater plant, the Vermont Brewers Association and Lui Schmit.

Disclosure: A lot of the folks Howard talked to and mentioned in this episode either are or have been Vermont Public or BLS underwriters, including The Alchemist, Switchback, Citizen Cider and the Agency of Natural Resources, which houses the Department of Environmental Conservation. And Lawson’s Finest Liquids, which also brews a beer named after our show that helps support our station.

Brave Little State is a production of Vermont Public.

This episode originally referenced a digester in Randolph that is no longer in operation. We've updated the audio to remove the reference.
Tags
Brave Little State Brave Little StateFood & AgricultureEnergy & Environment

Howard Weiss-Tisman
Howard Weiss-Tisman is Vermont Public's reporter for Southern Vermont & the Connecticut River Valley. He worked at the Brattleboro Reformer for 11 years, reporting on most towns in the region and specializing on statewide issues including education, agriculture, energy and mental health. Howard received a BA in Journalism from University of Massachusetts. He filed his first story with Vermont Public in September 2015.
See stories by Howard Weiss-Tisman 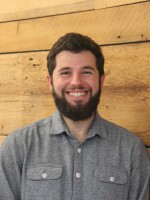 Josh Crane
Josh Crane is part of Vermont Public's Engagement Journalism team. He's a reporter and producer for Brave Little State, a podcast based on questions about Vermont that have been asked and voted on by the audience.
See stories by Josh Crane 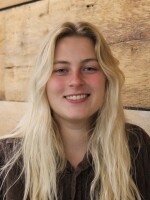 Mae Nagusky
Mae Nagusky is working alongside the wonderful Brave Little State team, telling stories about Vermont and its people based on questions that have been asked and voted on by our audience.
See stories by Mae Nagusky
Sign up for the 'Brave Little State' newsletter
Sign Up