Five Vermont chefs and restaurants have been selected as semifinalists for the 2023 James Beard awards.

The prestigious prize, sometimes called the Oscars of the culinary world, were announced Wednesday. Established in 1990, the awards are handed out by the James Beard Foundation.

Here are the five Vermont nominations:

Outstanding Wine and Other

On Wednesday, reaction began pouring in from the nominees on social media.

On Instagram, Honey Road, a Burlington-based restaurant that serves Eastern Mediterranean-inspired fare, said they were “over the moon happy” for pastry chef Amanda Wildermuth.

“It won’t be a surprise if you have ever sampled a dessert at Honey Road. We certainly are not surprised!,” the post said. “Congratulations, Amanda!! You are amazing!”

“I’m pretty speechless over this one (and teary). I’m not sure I’ve ever been this proud of anything. Thank you @beardfoundation for the semifinalist nomination. This truly means the world to me.”

On Instagram, May Day, a restaurant that opened last spring in Burlington’s Old North End, congratulated Mojo Hancy-Davis on his nomination.

“Mojo shows up every single day for our team and our guests. We are so proud of him! Big love Chef!”

The other two nominees include Foam Brewers, a small experimental brewery based in Burlington. Foam serves a rotating lineup of craft beers.

A Taste of Abyssinia, a restaurant in South Burlington that offers Ethiopian and Eritrean cuisine, is known for it's fermented, sourdough flatbread served with a variety of stews and curries.

According to the press release, finalists will be announced on March 29. 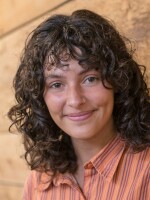