Earlier this month the novelist Salman Rushdie was repeatedly stabbed before a talk he was scheduled to give in western New York. The attack left the 75-year-old novelist with serious injuries that required surgery, and he was unable even to speak after being placed on a ventilator. His long-term prognosis is uncertain.

Rushdie was forced into hiding in 1989 when leaders in Iran issued a call for his death following the publication of his novel The Satanic Verses, which some Islamic extremists considered blasphemous. After some years in exile, Rushdie had begun making public appearances again, despite the dangers.

More from NPR: Exiled writers reflect on freedom of speech in America in light of Rushdie attack

Rushdie came to Vermont, back in 2015. He visited Vermont Public's studio to discuss his children's novel Haroun and the Sea of Stories, which had been selected for a statewide community reading program.

Vermont Public's Mitch Wertlieb spoke with Rushdie about the novel, and part of their discussion focused on violence committed in the name of religion, which at the time was very much in the news—as it is again now, following the murders of illustrators and writers who worked for the French satirical magazine Charlie Hebdo. 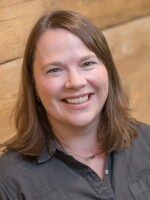