Incumbent lawmakers are vacating close to a third of the 180 seats in the Vermont Legislature, and the candidates voters replace them with in November will help determine the legislative agenda over the next two years.

Republicans, Progressives and Democrats will be working hard this summer and fall to maintain or boost their numbers in Montpelier.

Vermont Public’s Jenn Jarecki spoke with reporter Peter Hirschfeld to learn more about the party’s campaign strategies in House and Senate races. Their conversation below has been edited and condensed for clarity.

Jenn Jarecki: Pete, regardless of the outcome of House and Senate races in November, we know we’re going to see lots of fresh faces in the Legislature next year. How will that turnover affect the work that lawmakers take up in Montpelier?

Peter Hirschfeld: The last couple years, especially, have been a good reminder of how profoundly the votes that are taken in Montpelier can affect the lives of people all over this state.

Congress, of course, was responsible for passing massive COVID relief packages. But decisions about how that money was distributed to individuals, to private sector companies and to nonprofits in Vermont was largely worked out by the governor and 180 lawmakers in Montpelier.

There’s a lot of unfinished business for the Legislature on issues including housing, climate action, workforce development and social and economic justice.

Your question is how will turnover in the Statehouse affect the legislative decisions we see out of Montpelier during the next biennium. And the answer is that it all depends largely what the partisan composition of the Legislature looks like after the votes are counted in November. And that’s what makes these local elections so interesting and important.

As it stands, Pete, Democrats have strong majorities in both the House and Senate. What are they doing to maintain or increase their numbers this cycle?

The Vermont Democratic Party has been working behind the scenes over the past 18 months to prepare for this moment. And a lot of that work, most of it actually, has involved the recruitment of strong candidates — candidates they think are ready to do the work that they think is needed for them.

In the House, Democrats have fielded 123 candidates, which is typical for them. In the Senate, they have candidates for all but two of the 30 seats there.

The candidates are trending younger than we’ve seen in the past, which is something Democratic leaders are excited about. Another noteworthy trend is that more than half of the Democratic candidates in both the House and Senate are women.

“I think it’s very much the year of the woman in Vermont politics, as we have seen in the primary races for our statewides. And I would say that Emerge has done a very good job training women to run for office,” she said.

Emerge Vermont, I should probably note, is an organization that prepares aspiring female officeholders for the rigors of campaigning.

Democrats also have a network of resources that they’re prepared to deploy to competitive races. That could be direct mail. It could be sending out volunteers to do door knocking, or do text and phone banking.

And they have their eyes on places like the Northeast Kingdom, where they think they could make some inroads this cycle. They’re also targeting towns surrounding Chittenden County, where we’ve seen a lot of population growth. And they’re also feeling optimistic about some potential gains in the Rutland-Bennington region.

And how are Republicans feeling about their House and Senate prospects in November?

The Vermont GOP has a singular goal heading into this election cycle, and that is to end up with 51 seats in the House in January.

Paul Dame, chair of the Vermont Republican Party, says the reason that number 51 is so important is that it’ll give the Republican caucus the ability to unilaterally sustain any vetoes issued by Gov. Phil Scott.

“So getting the governor the sort of backup he needs is going to critical if Vermonters want to see Gov. Scott continue with his agenda. He’s going to need support — and the Republican Party is here to make sure he gets that," Dame said.

In order to get to 51 though, Republicans are going to have to pick up five seats in November. Now that’s a heavy lift under any circumstance. But it’s even heavier this year, because there about 70 races in the House where Republicans haven’t actually fielded a candidate. That means they have to win well more than half of the races in which they are competing in order to hit their goal.

Paul Dame says he thinks this doable. And he says the GOP is going to be focusing on opportunities in Franklin County, including a possible pick up in St. Albans City. Republicans are also going to work to maintain a couple incumbents in the Northeast Kingdom, and they’re eying a pickup in Barre City as well.

The Progressive Party has chosen a fascinating electoral path. If you looked at primary races, you would think Progressives were sitting this cycle out entirely. There’s literally only one person, Glennie Sewell, who ran as a Progressive in the primary in August.

But Josh Wronski, who’s the executive director of the Progressive Party, says that’s because Progressives have decided the best way to get into office is to run in Democratic primaries.

He says there are about 20 progressives who will appear as Democrats on House and Senate general election ballots in November.

Even if all those candidates prevail, Progressives will still represent a small minority of overall seats in Montpelier. But Wronski says he thinks they’re having an outsized impact on policymaking.

And he says if you look at issues like pension reform or climate action, he thinks says progressives pulling Democrats closer to the Progressive platform:

“I think more and more Democrats are starting to kind of come along, and support some of that stuff. Not nearly enough in my opinion, but there are an increasingly number of Democrats who are wanting to say, like, I’m a small ‘p’ progressive Democrat and are aligned with us on some issues," he said.

Progressives have seven House seats right now, and they have two in the Senate. And Wronski says if the party can maintain or build on those numbers in 2022, then they’re going to continue to play a key role in negotiating the economic, social and environmental justice agenda in Montpelier.

Have questions, comments or tips? Send us a message or get in touch with reporter Peter Hirschfeld:

Peter Hirschfeld
The Vermont Statehouse is often called the people’s house. I am your eyes and ears there. I keep a close eye on how legislation could affect your life; I also regularly speak to the people who write that legislation.
See stories by Peter Hirschfeld 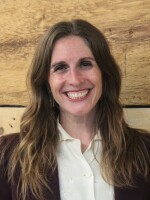 Jenn Jarecki
See stories by Jenn Jarecki
Subscribe To 'The Frequency,' Our Daily Morning Newsletter
Get up to speed on the news Vermont is talking about, delivered to your inbox every weekday morning.
Sign Up