The Sound of 13 Returns to Vermont Public Classical

In the second season of "The Sound of 13" creator and host, Garrett McQueen returns to the conversation of our society's racial injustice, using the medium of classical music and the 13th amendment as a compass.

From the PRX Website:
Garrett McQueen is a professional bassoonist who has performed with symphonies and in venues across the country. He is also an accomplished instructor and has performed in multiple Broadway Musicals and television series. Garrett is a strong advocate for the diversification of classical music and the advancement of Black musicians in the field.

The Sound of 13 is produced by KVNO, Omaha, NE. 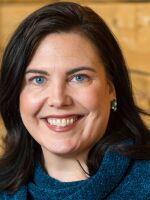 Helen Lyons
VPR Classical’s morning host, Helen Lyons, is a Williston native. She holds a BA in Music from Wellesley College and Artist Diplomas from the Royal Academy of Music in London, and College-Conservatory of Music at the University of Cincinnati. She has enjoyed an international singing career spanning three continents, performing in Europe, China, The Philippines and the USA.
See stories by Helen Lyons
Subscribe To 'The Frequency,' Our Daily Morning Newsletter
Get up to speed on the news Vermont is talking about, delivered to your inbox every weekday morning.
Sign Up